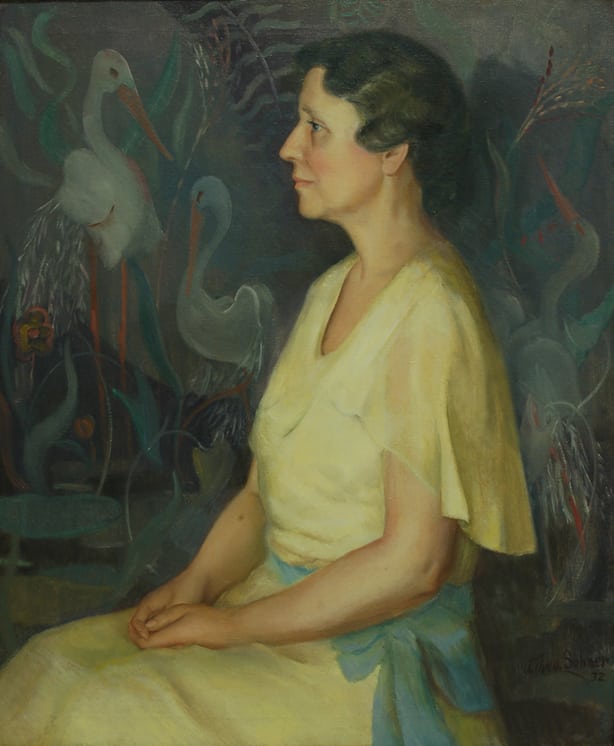 Jacob Theodore Sohner (1906-1962) was a Norwegian-American painter, who received much of his art training in the St. Paul, Minnesota area. In 1933, he studied in Europe and worked with the French sculptor and painter, Andre L’Hote. Sohner was a regular ribbon-winner for his paintings at the Minnesota State Fair, and he was highly successful in receiving commissions for his portraits. Later in life he moved increasingly towards cubism, but Sohner’s sudden death in 1962 prevented him from further experimenting with this technique.

This portrait was painted when the artist and his wife stayed at the Brack home during the summer 1932. Josephine Alma Fyhrie Brack was an organizer of the Norse-American Centennial Daughters. In 1952, she received the St. Olaf Medal from King Haakon for her various efforts on behalf of Norwegian-American relations. Sohner, the artist, was the son of Mrs. Brack’s sister.