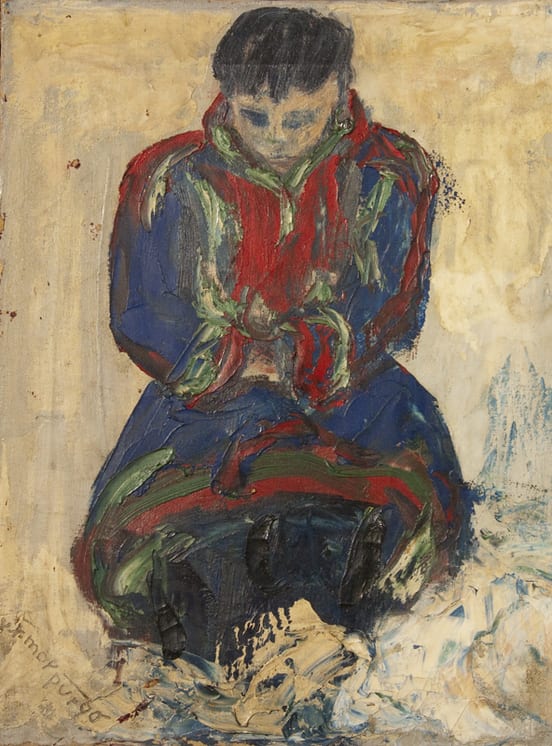 Vilna Jørgen Morpugo was born Adel Vilhelma Ludvikke Nilsen-Vinje in Oslo, Norway in 1900. She began studying art in Sweden soon after her family moved there. She continued her studies in Paris. Her pieces were exhibited in Amsterdam, Berlin, Paris, and Rome. She represented Norway at the International Exposition in Barcelona in 1929. By 1940, she had emigrated to New York City and had established a studio. She was a member of the Norwegian Art and Craft Club of Brooklyn. She died in 1975.