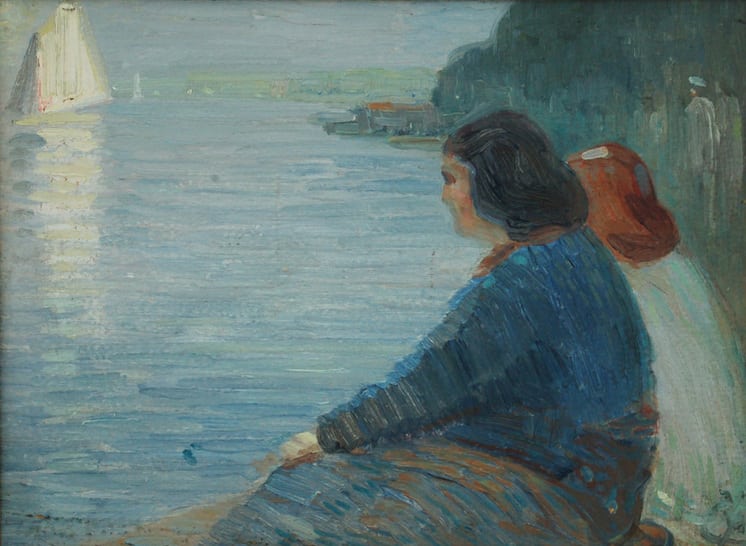 Yngvar Sonnichsen was born in Oslo, Norway in 1875. He began studying art at the Norwegian National Academy of Craft and Art Industry and continued his studies in Paris. He emigrated to St. John, Newfoundland, Canada in 1904 before moving on to Seattle in 1906. In Seattle he made a living by painting portraits, landscapes, and murals, as well as running an orchard. Over his life, Sonnichsen won many awards and recognitions for his paintings. Sonnichsen died in 1938.