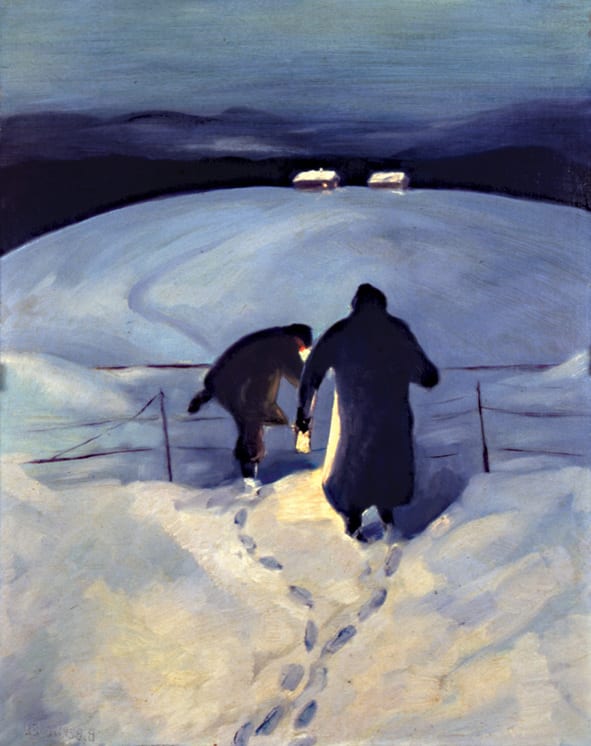 The artist wrote about this painting, “I left home in 1920. My first trip back was after 27 years away. When we went out for an evening visit near Harestuen Lake outside Oslo on a cold winter evening, my father and mother were going to show me the way to the small house where I was going to sleep. Mother had a candle in a little lantern. A moment I can never forget.“