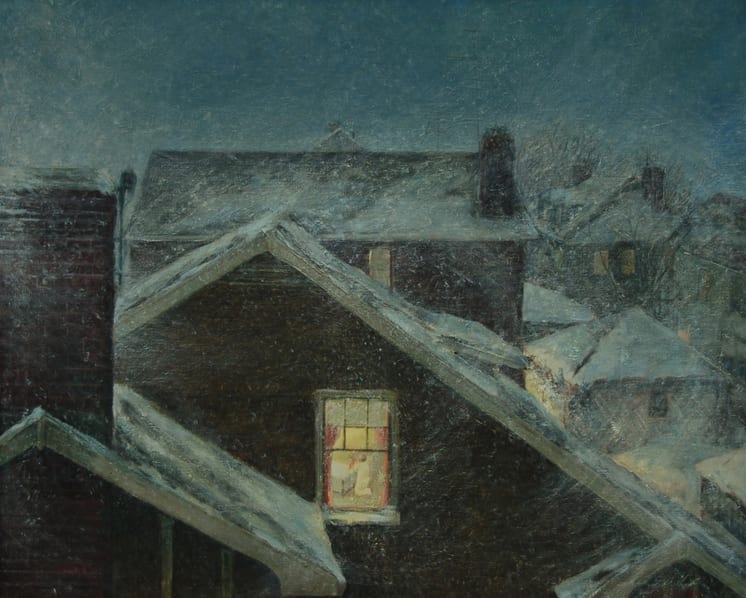 Now I Lay Me Down to Sleep

A note that is written by Bernhad Berntsen and accompanies this painting states, “It was a hard winter that year. Painted in Brooklyn, New York, 84th Street and 11th Avenue.”