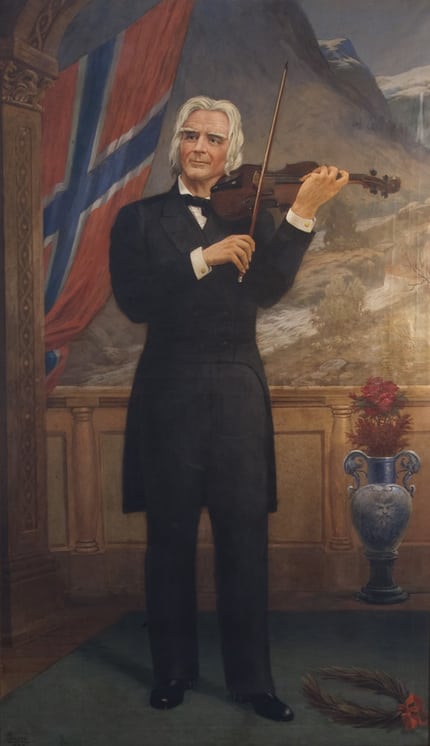 Ole Bull was born in Bergen, Norway in 1810. His father wanted him to study theology, but Bull followed his passion and prodigious talent for playing the violin. Bull visited the United States numerous times and was always met with critical acclaim. After one visit in 1852, he purchased a large tract of land in Pennsylvania with the idea of establishing a Norwegian settlement. Unfortunately, Bull had no business sense and the settlement soon collapsed. Bull died in 1880.

This painting hung in Norwegian Center in Chicago until it was purchased in 1882 by Normendenes Sangforening.

John R. Larsen was born in Hadseløen, Norway in 1848. He was trained as a house painter in Bergen. After emigrating to Chicago in 1918, he made a living painting houses and decorating public buildings and homes. He became treasurer of the Normennenes Singing Society in 1908, and was president from 1921 to about 1928.