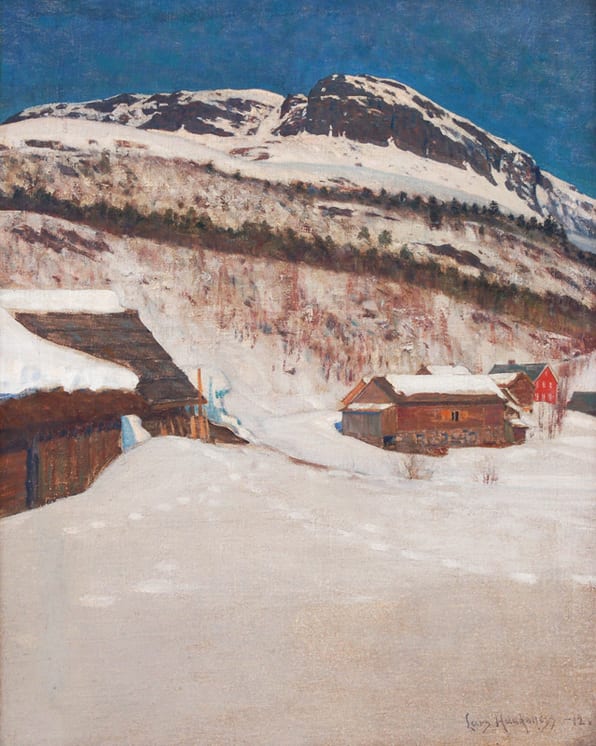 This painting, which is a winter scene of the Nesheim Mountains in Norway, was part of the Norsk i Amerika exhibit at Maihaugen in Lillehammer, Norway in 1989.

Lars Jonson Haukaness was born in Hordaland, Norway in 1863. He studied at the Royal Academy of Art from 1882 to 1885. He emigrated to Chicago in 1888. In 1902, he moved to Madison, Wisconsin and later moved to Spring Grove, Minnesota were he made a living as a portrait and landscape painter. In 1909, Haukaness moved back to Norway. Four years later, he returned to the United States. Haukaness then moved to Canada in 1921 where he lived until he died in 1929.