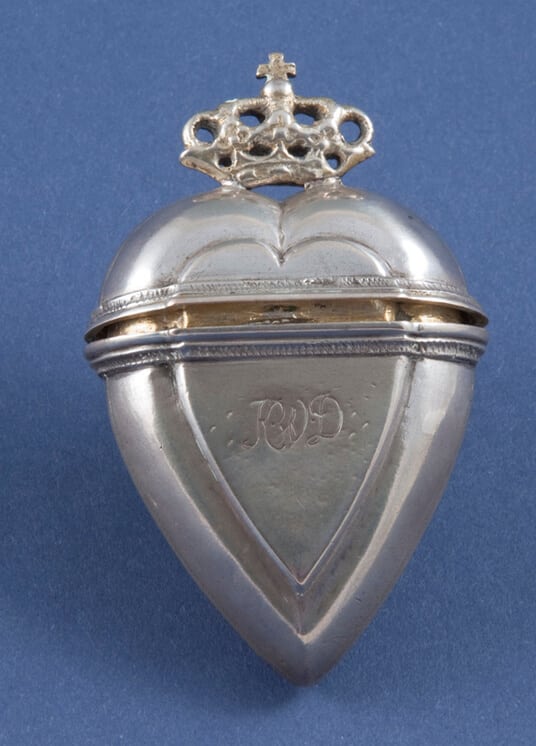 Vinaigrettes, or perfume bottles, were popular from the late eighteenth century through the mid-nineteenth century. They were used to hold fragrances, which were sometimes dissolved in vinegar. This one was made by Mathias Holm who was an active goldsmith in southern Norway between 1757 and 1771. Other than simple monograms on the front and back, this one is undecorated.