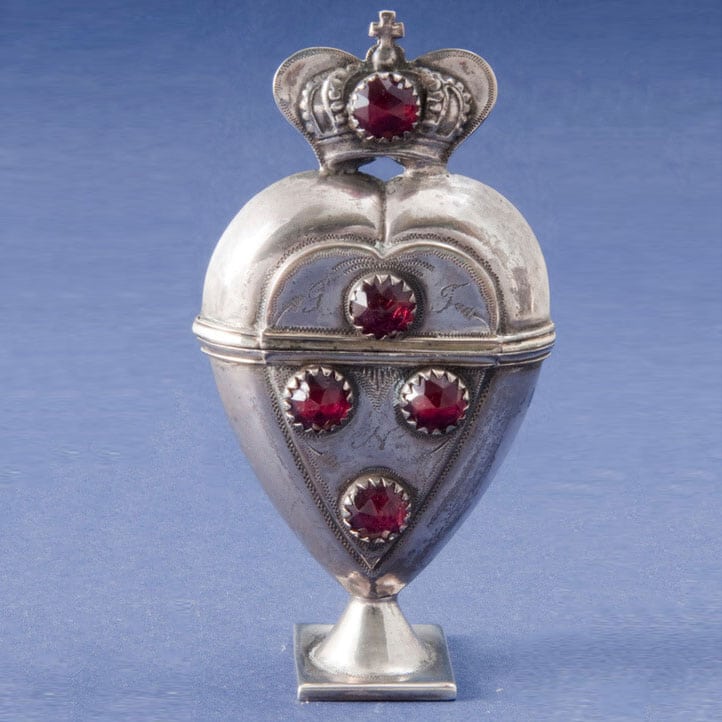 Vinaigrettes, or perfume bottles, were popular from the late eighteenth century through the mid-nineteenth century. They were used to hold fragrances, which were sometimes dissolved in vinegar. The semiprecious red stones found in this one come from the Norwegian mountains.

This vinaigrette was made by Jørgen Temper who was an active goldsmith in Bergen from 1744 to 1749.