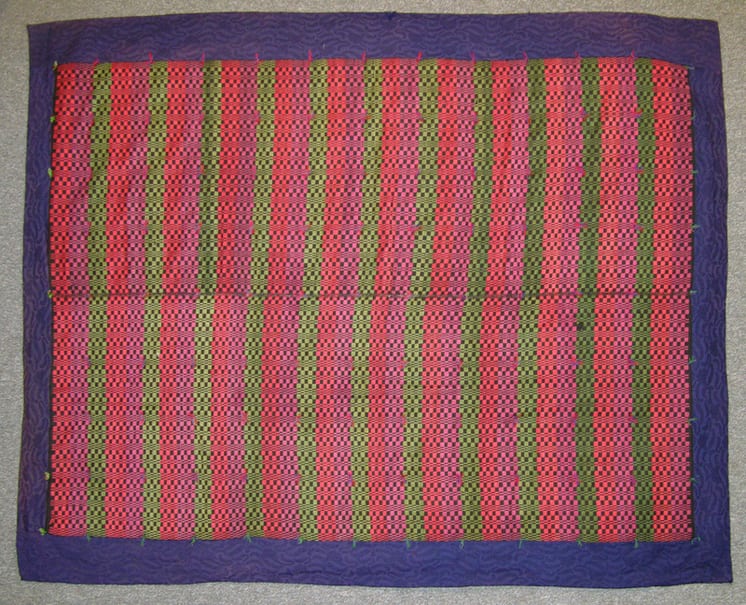 
This piece is a unique hybrid textile of a handwoven coverlet that was later turned into a quilt. The top is made from a handwoven Norwegian coverlet done in the monk’s belt overshot pattern. There is a dark-brown wool singles warp and background weft sett ca. 18 epi in warp. The materials used consist of synthetically and naturally dyed wool that dates to sometime between 1870-1890. Pieces of a deep violet wool were machine-sewn to the sides of the coverlet to create a border. These edges were then turned under and sewn down by hand to form the quilts edging. The batting is very thick, and consists of a blend of wool and cotton. It is sandwiched in an inner lining of unbleached muslin. The backing is made of striped cotton flannel in heather grey, light blue, and white. The quilt is tied with red, green, and purple yarn that coordinates with the coverlet.

The coverlet was probably woven in Norway by Kari Iversdatter Staarvik and later made into a quilt by her after immigrating to the United States.