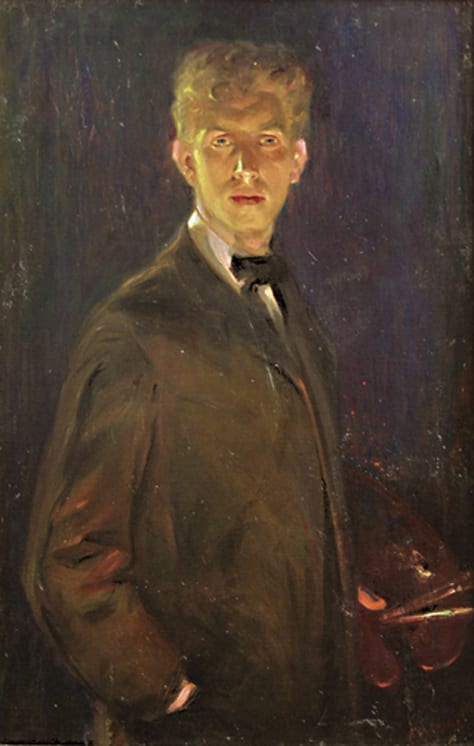 This self-portrait was painted after Christian Abrahamsen saw himself in a mirror, illuminated by candlelight. The painting was part of the Norsk i Amerika exhibit in Norway from 1989-1992.

Christian Abrahamsen was born in Bergen, Norway in 1887. He emigrated to Chicago, Illinois in 1901. He first studied art in his hometown of Bergen with Koren Wiberg and Ansor Hansen. He continued his studies at the Art Institute in Chicago. Abrahamsen has been called one the finest portraitists of Norwegian background in America. He died in Madison, Wisconsin in 1983.