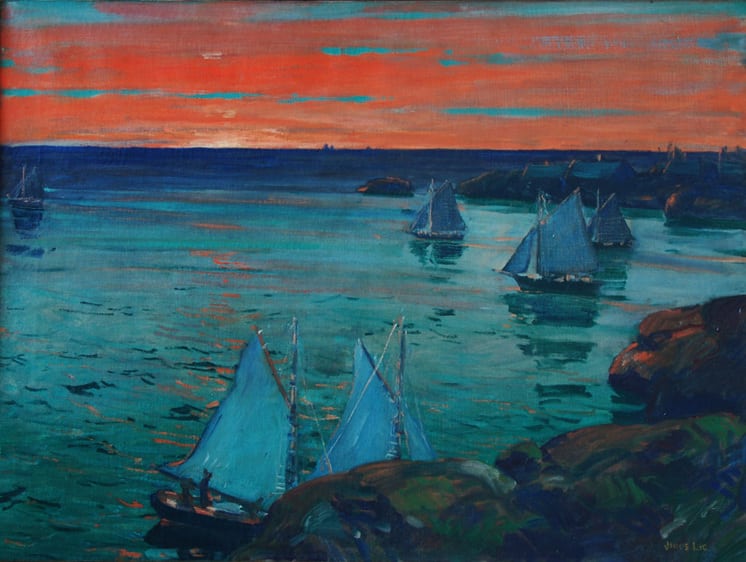 
Jonas Lie was born in Moss, Norway in 1880 to a Norwegian father and an American mother. Lie’s father died when he was 12. After a year of studying in Paris, Lie joined his mother and sisters in New York City. Lie went on to become one of America’s most recognized landscape painters. He is best known for his seascapes. His works have been exhibited widely across the United States and throughout the world. Lie died in 1940.

This painting could either be of the northeastern coast of the United States, where Lie lived, or of Norway where he frequently visited.