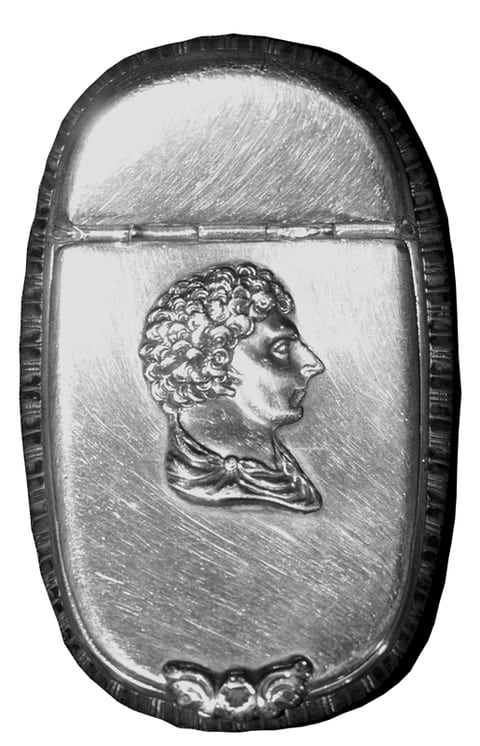 According to Jorunn Fossberg of the Norsk Folkemuseum, this is one of 50 silver snuffboxes commisoned by Karl Johan, Crown Prince of Sweden, to give to royal favorites or to people who did him some special service. This box, with a relief portriat of the prince, was made in 1836 by Jacob Ulrich Holfeldt Tostrup in Oslo, but it is not known for what favor it was given or how it came to America.