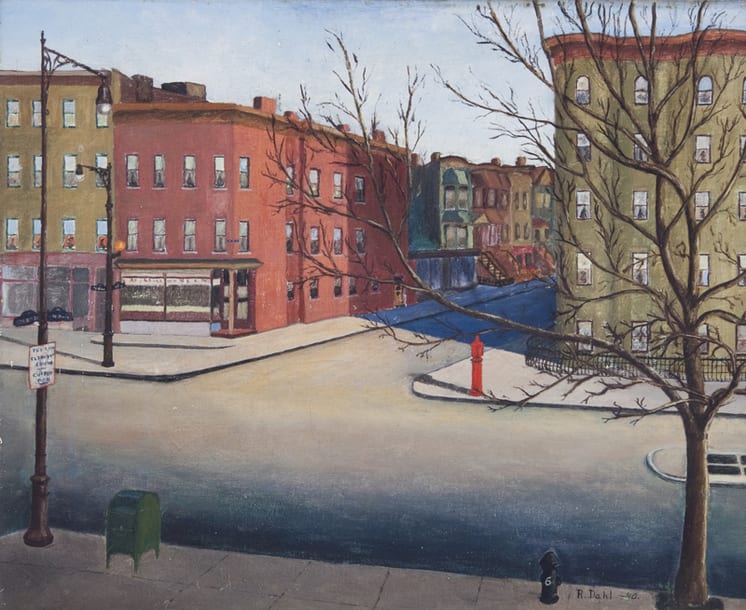 Ralph Dahl, who was born in Hedemark, Norway in 1884, was the son of a shoemaker. After emigrating to South Dakota in 1902, Dahl supported himself as a leather worker. In 1907, he moved to Minneapolis and worked as a harness maker. He eventually went on to crafting artificial limbs. Dahl was largely a self-taught artist. He died in Pasadena, California in 1983.

This painting was painted from the window of the Norwegian Art and Craft Club in Brooklyn, New York. Dahl exhibited several times in the New York area in the 1940s.