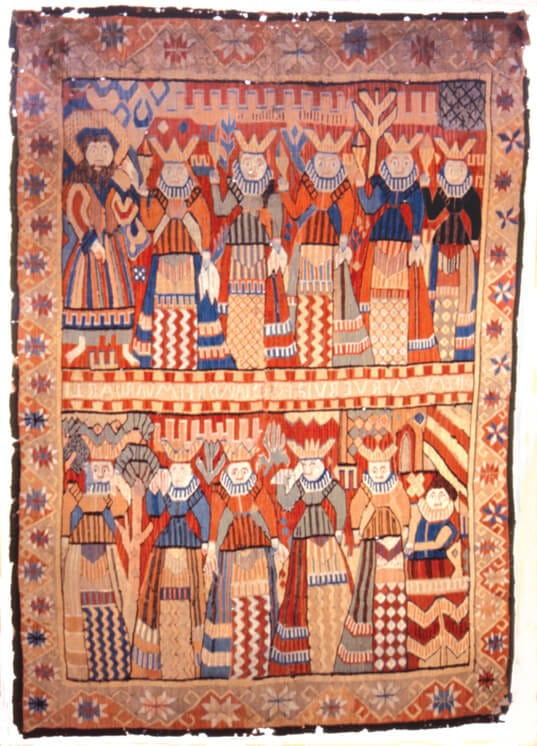 This tapestry depicts the Wise and Foolish Virgins from the biblical parable in Matthew 25:1-13. According to the parable, ten virgins are awaiting the coming of the bridegroom. They all have lamps, but only the five wise virgins have brought enough oil to the last the night. When the groom is delayed, the five foolish virgins, who have not brought enough oil ,miss his coming when they have to leave to replenish their supply.

The tapestry is handwoven using billedvev technique with dovetailed joins. The five wise virgins, along with the bridegroom, are depicted across top section. Beneath, is a second row of five virgins holding handkerchiefs, and one additional small figure, believed to be the seller of oil. There is a floral border on all four sides. The two rows of virgins are bisected by an inscription that reads in part, Fem Jomfruer vise og de Fem var darli.