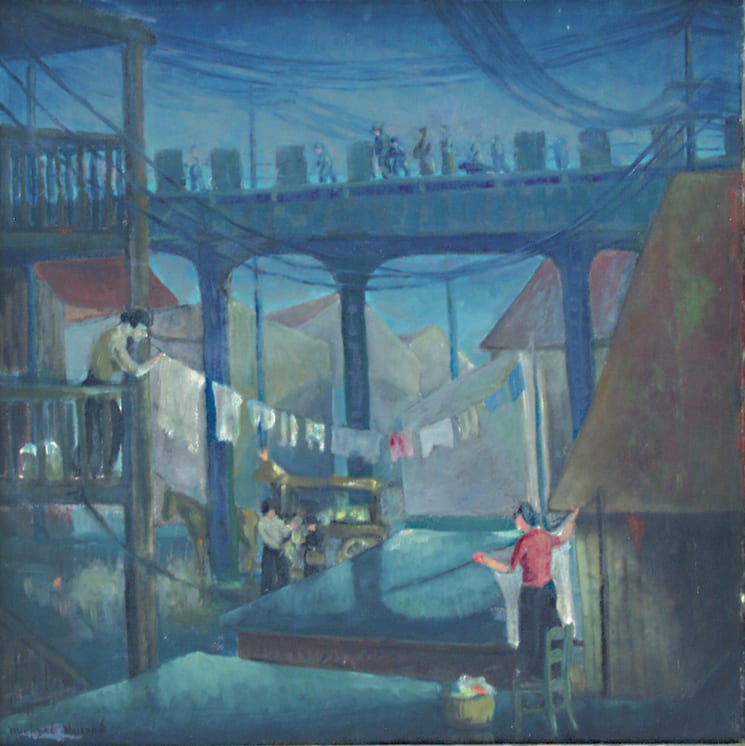 The El at California and North

Michael Hoiland was born in Egersund, Norway in 1901. He began his art training in Stavanger, Norway where he learned to make stained glass windows. In 1926, he emigrated to Chicago and continued his training at the Chicago Art Institute. He worked and lived in the Chicago area until he moved to Brooklyn, New York in the 1930s. He was part of the Norwegian Art and Craft Club of Brooklyn. Hoiland died in 1994.

An artist’s note that accompanies the painting states, “I watched as a sunny day become darker and darker as a dark cloud spread in a straight line from horizon to horizon. It had an eerie light effect as we experience at a sun eclipse. This strange light effect gave me an idea for the painting. The women taking in the clothes, and the peddler selling produce, were something I added to give the painting more interest.”