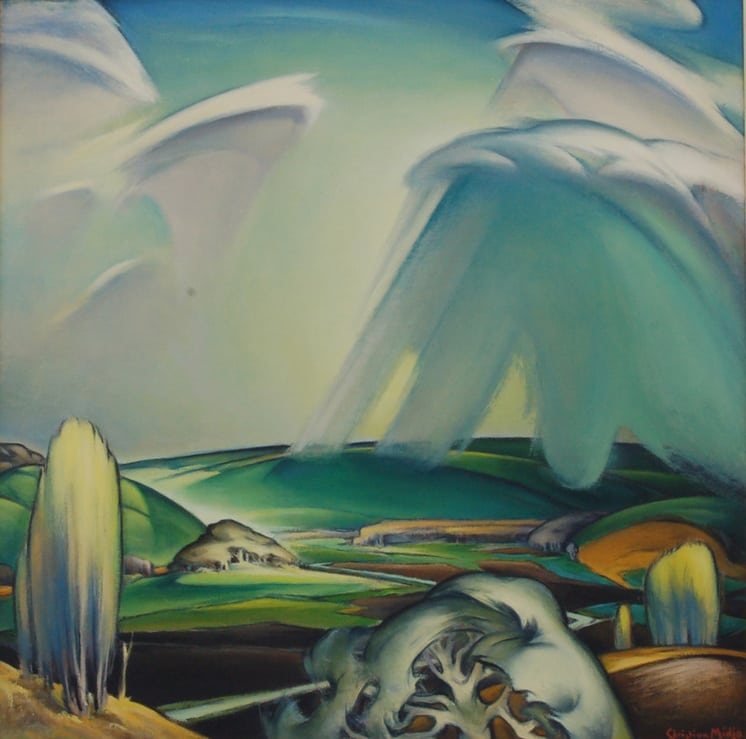 Christian Midjo was born in Trondheim, Norway in 1880. He studied art at the Royal Academy of Fine Arts in Copenhagen. In 1906, he emigrated to the United States and settled in Chicago. He joined the faculty at Cornell University in 1909. In 1937, he spent a semester at Deep Springs College in California. This was Midjo’s first experience in a desert, and while he was there he produced numerous paintings of the stark environment. He continued to teach at Cornell, but from the 1930s on he spent as much time as possible in California. He retired there in 1947. Midjo eventually moved back to Norway where he died in 1973.