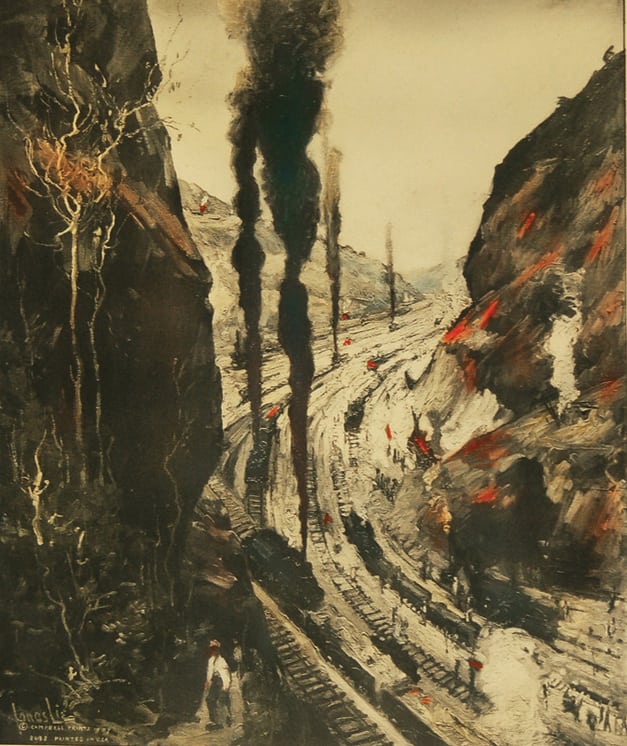 In early 1913, Lie spent three months at the Panama Canal as construction was nearing an end. He painted a series of oil paintings that portrayed aspects of the canals excavation and construction. in December 1913, he had a solo exhibition “Paintings of the Panama Canal by Jonas Lie” held at M. Knoedler & Co., New York. Purchases were made by the Metropolitan Museum of Art and the Detroit Museum of Art. In February 1914, 20 paintings from the Panama Canal series were featured in the annual exhibition of the Pennsylvania Academy of Fine Arts in Philadelphia. Some attribute Lie’s notoriety to the Panama oil paintings.