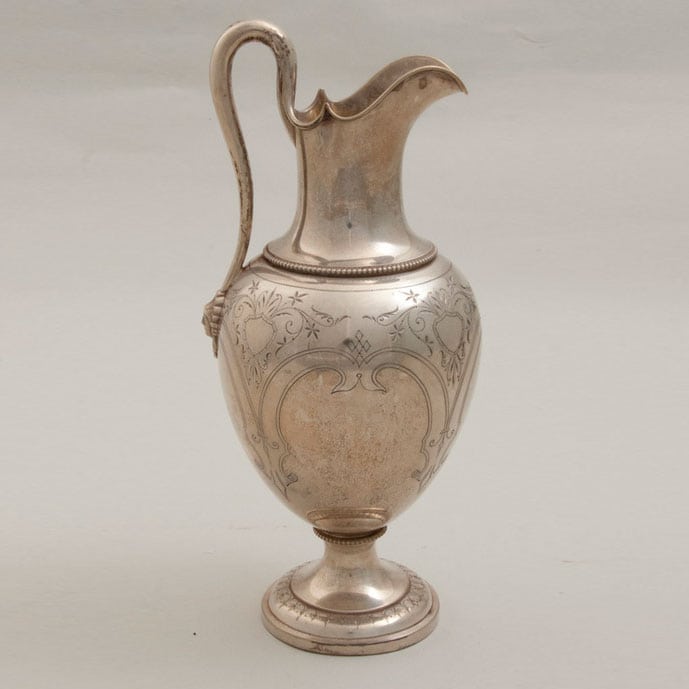 This wine decanter was made by the David Andersen firm in Oslo in 1889, has a cast head of a woman at the base of the handle. This style of decanter is known as a Rebecca decanter in reference to the Bible story of Rebecca pouring water from a jar for thirsty travelers, thus being chosen as the wife for Isaac. Vesterheim Registrar Carol Hasvold has identified this piece as an interesting example of a culture transfer from the American frontier to Norway. She feels the figure depicts a Native-American woman.

David Andersen established his company in Oslo in 1876 and had 170 craftsmen working for him at the time of his death in 1901. He was an earlier mass producer of silver and gold objects.