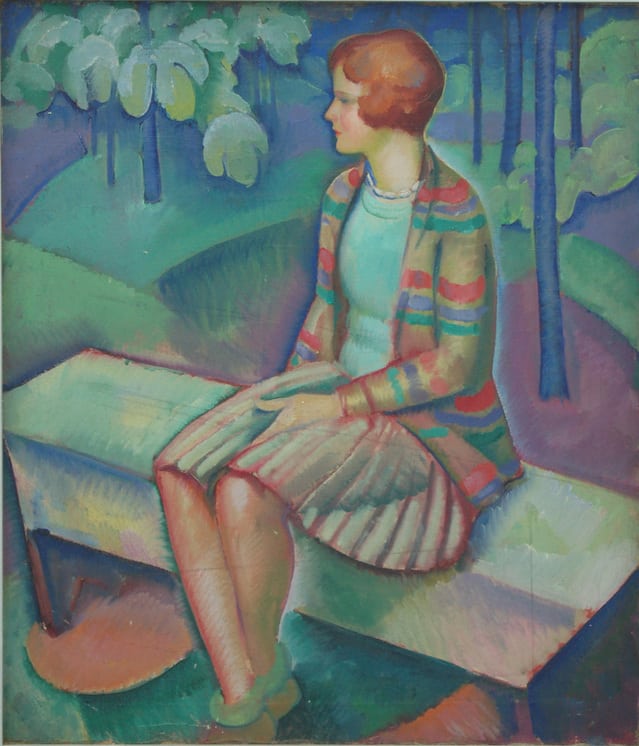 Arild Weborg was born in 1900 in Trondheim, Norway. His family emigrated to the United States when he was seven years old. Weborg received most of his art training at the Chicago Institute of Art. He began exhibiting his art when he was in his 20s at the Norske Klub in Chicago and at the Art Institute. Weborg was hired as a commercial artist by Gray, Garfield, and LaDriere in Detroit. He became known for his drawings for advertisements of Oldsmobile and Dodge cars. Weborg died in 1963.

Vesterheim has over 130 examples of Arild Weborg’s work, including 37 paintings and over 70 drawings.