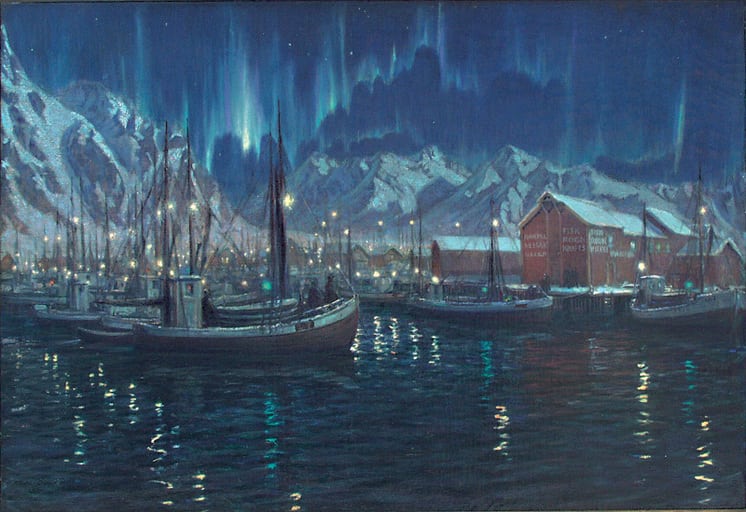 Karl Ouren was born in Halden, Norway. He eventually moved to Trondheim, where he began studying art. He continued his education in Copenhagen before emigrating to Chicago at the age of 20. There he studied at the Art Institute in Chicago and exhibited with several different art clubs in the city. He supplemented the income from sales of his art with house painting. He returned to live in Norway for five years during the 1930s. He later returned to Chicago, where he died in 1943.