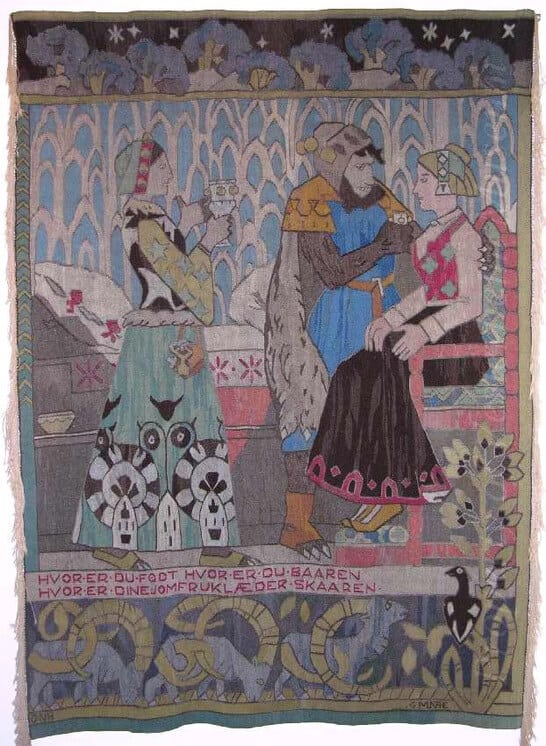 This tapestry, which is based on a design by Gerhard Munthe, was woven by a weaver working for Den Norske Husflidsforening in Oslo, Norway. It is woven in a large and simple flat design, using a combination of tapestry joining techniques. The tapestry depicts a scene from a Norwegian folk song which is variously called Villarkonn, Trylledrikken, Den Bergtatte, and Liten Kirsten. At this point in the song. Kjersti is being offered a drink in the land of trolls so that she will forget her former life.